Young girl fights for a place in Olympics 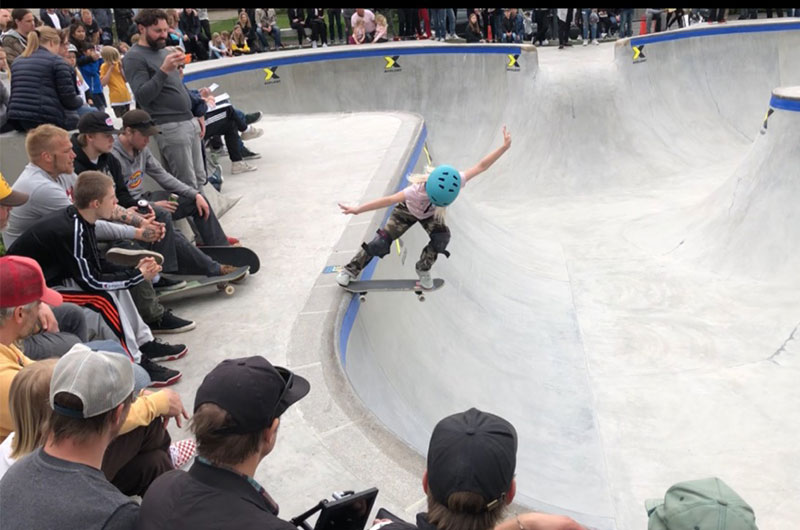 Axelent was the main sponsor of this year’s Betongcupen skateboard competition which took place on 19 May in Värnamo. It was the first of five tournaments and the SkateVärnamo skateboard club had the honour of organising the event for the third consecutive year. 80 competitors came from all over Sweden to take part in the competition.

Ten-year-old Felicia Jakobsson from Falkenberg delivered an impressive performance and won her class. This win qualified her for the international Dew Tour competition which will be held in Long Beach, California. Skateboarding will be part of the Olympic Games for the first time in Tokyo in 2020 and the Dew Tour competition is an Olympic qualifying event.

You can find out more about Felicia and the competition in California in the next issue of X-News.