Participants from Axelent at Ironman 70.3 in Jönköping

Axelent is recognised for its agility. Four courageous employees proved this to be as true when competing in a triathlon as when processing orders. 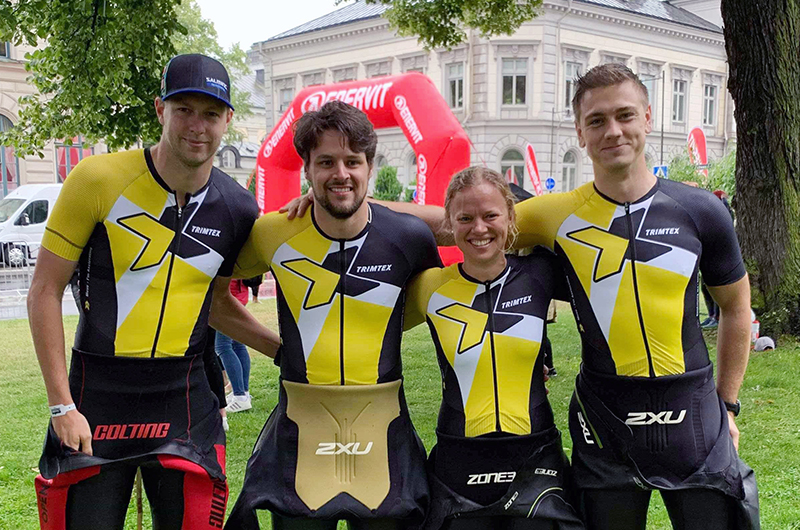 The Ironman 70.3 event took place in Jönköping in July for the fourth year in a row. It has become a very popular tradition among participants and spectators alike. Ironman stages competitions around the world but the Jönköping event is one of the participants’ absolute favourites. According to a survey undertaken in 2018, the participants were most likely to recommend Jönköping to a friend. Their positive attitude is largely due to the spectators. Local residents bring something of a festival atmosphere to the event as they cheer on the tough competitors.

Among those lined up at the start were four employees from Axelent, ready for the swim, the first discipline in the triathlon. And for three of them, this was the first time they had competed in the event. They all put in a valiant effort and crossed the finishing line in front of large crowds. 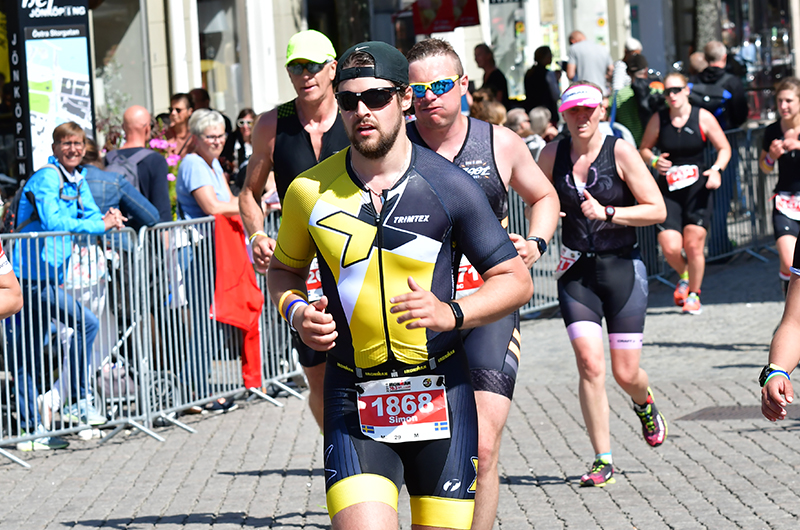 Simon Palm was one of the debutants.
“It was an amazing experience. Huge crowds had already gathered at the start area for the swim half an hour before it began,” says Simon.

The swimming was the part that Simon felt slightly less confident about.
“Biking and running are not as technically demanding as swimming. I’m pleased that the swimming went well, although it was freezing cold,” he adds

The cycling went faster than Simon had thought it would, perhaps a bit too fast. Simon feels that running is his strongest discipline, but it was during the run that this challenging race started to take its toll.

“Running was definitely the hardest part but, although I was exhausted, I made it over the finishing line,” says Simon Palm.

The event whet Simon’s appetite for more and he has already entered next year’s race. He feels he could have prepared better and is interested to see if he can improve his time. Axelent’s team next summer will be at least as big, since four of its employees have already entered for the 2020 race.

Custom kit
High spirits at Cykelvasan despite the rain