The European standardisation organisation CEN prepares harmonised European standards (EN standards). Thirty European countries are included in the work of CEN and member states must adopt the standards as national standards and withdraw those that are contradictory. Major work is currently under way to revise the 600 or so existing harmonised standards in order to harmonize these with the new Machinery Directive.

The standards have also been adapted due to globalisation. CEN cooperates with the international standardisation organisation ISO, which has led to the majority of harmonised standards also becoming ISO standards, e.g. the former EN 292-1 has been replaced by EN ISO 12100-1. 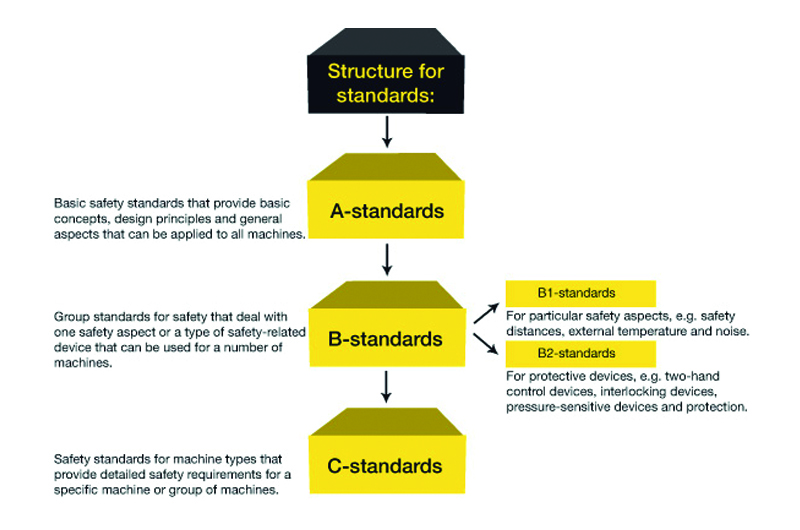 The structure for standards within the field of machine safety is as the following:

If there is no C standard for the specific machine, you can use A and B standards in order to demonstrate conformity with the directive by pointing out the relevant parts of these for the machine in question.
When a C standard differs from one or more requirements dealt with in an A or B standard, it is the C standard that takes precedence.